We did not steal land – Augur Investments’ 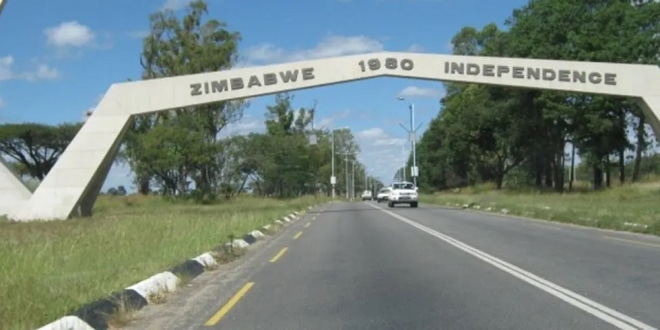 A Russian investor accused of a land heist in the 2019 Airport Road project entered into with the government and Harare City Council has claimed the deal was legal.

Tatiana Aleshina, through her lawyers Scanlen & Holderness, made the claims while challenging a court application by Harare North MP Allan Markham, a company called Tavonga Savings Scheme and a Harare resident, Jacob Pikicha.

The application sought cancellation of the May 28, 2019 deed of settlement that saw Augur Investments getting over 709, 3424 hectares of prime land as payment for the construction of Airport Road.

Augur Investments is owned by Ken Sharpe, who is business partner to Aleshina, who are respectively cited as second and third respondents in Markham’s application.

Aleshina said the Airport Road transaction was above board and that the road construction, a public-private partnership, went through necessary parliamentary adjudication processes, cabinet and Reserve Bank approvals were given.

“The project was granted a national project status as appears from the Ministry of Finance and Economic Development certificate attached.”

Her business partner Ken Sharpe is cited as second respondent.

In her opposing Affidavit, Aleshina also questioned Markham’s interest in the matter and described Pikicha as “a busybody who is in the habit of mounting and joining frivolous litigation which has nothing to do with him.”

“It has already been pointed out that all parties who signed the deed of settlement impliedly and expressly warranted that they had the required authority. That is the end of the matter. The first respondent would not be required to interrogate the same.”

She said all parties involved in the settlement deal had authority to do so and attached council resolutions authorising then Harare Mayor Herbert Gomba and town clerk Hosea Chisango to sign on behalf of the local authority.

“Suffice to state in any event that a deed of settlement is signed by legal representatives of the parties on instructions from their clients. None of the parties to the deed have sought to set aside the deed on account of lack of authority. Further, relevant line ministers exercise delegated authority on behalf of the State and the President. They are therefore capable of binding the State and the President in the respective manner in which they acted,” she said.

Aleshina said in view of reaching an agreement, several meetings were held between Augur Investments, city of Harare and the Ministry of Local Government.

“Subsequently, Stand 654 Pomona was transferred to the 7th respondent as the final payment for what the City of Harare owed Augur Investments OU. I can confirm that the 7th respondent has now begun substantial infrastructure servicing of Stand 654.”