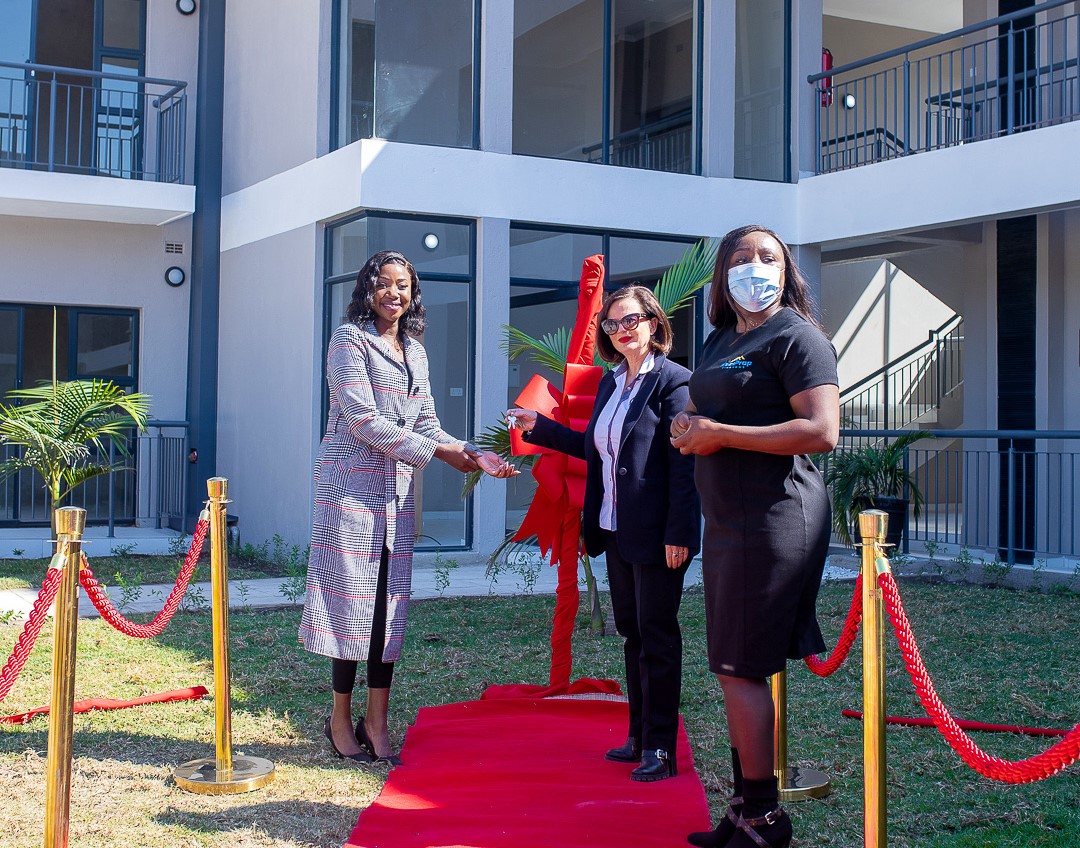 Among the beneficiaries was radio presenter Kudzai Violet Gwara, popularity known as KVG, who said it was her first time to own a property and wished that the project included several media personalities.

“As you know, I am a brand influencer. They approached me to market the project. It was quite a big deal. I am grateful and I am proud being a homeowner, courtesy of WestPro. I am very excited and I almost cried when they handed over the keys to me,” Gwara said.

“I think WestPro is the game changer in town.”

“This project was in line with government’s calls for the private sector to chip in and either partner or go it alone in contribution to the overall housing delivery programme as outlined in the National Development Strategy 1,” WestPro Zimbabwe chief operating officer Aleshina Tatiana said.

“This highly secure and sought-after development offers investors and families a variety of accommodation options ranging from studio, one-bedroomed and two-bedroomed apartments, with back-up water and solar power as well as a wide range of outdoor leisure and entertainment facilities.”

She further said the apartments were offered on sectional title deeds and at shell stage of construction, with internal finishes to be completed by the owner to their taste.

Another beneficiary, Dale Woodend (32), said he came across the project on Facebook.

“I first saw the advertisement on Facebook and because we have been duped by land barons, I went straight to their offices to enquire about the project. At their offices, they showed me their housing plans and everything. I then fell in love with it. It’s only 14 months since I paid my first instalment, look what they did, my house is complete.”

The project owner, Kenneth Raydon Sharpe, said in 10 years’ time, a new city and community would be completed.