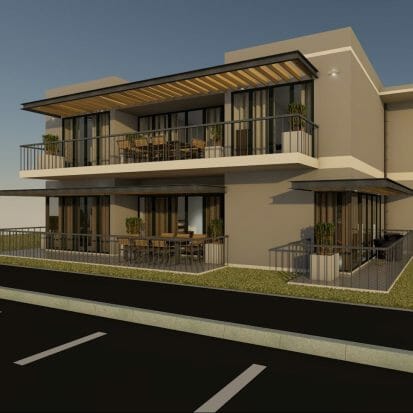 As part of Augur Investments OU’s corporate social responsibility programme, Augur is committed to sustaining and improving the environment and the Millennium Park area, which will incorporate our Mall of Zimbabwe development, which is at the core of this endeavour. Our decision to develop Millennium Park currently an empty vlei and dry site stems from our vision that Millennium Park will be integrated into a well tree’ d area with water ways and park like features, complementing the current natural environment at the location. We wish to correct some misconceptions in the public domain as well as negative reports in the media claiming that the area is a wetland. We extract a response from our Environmental Representative Plan Afric addressing the matters raised and note that “the characteristics of a wetland at Millennium Park which include vegetation, soils, and animal life are NOT evident on this site. A river or a river source is not a wetland, therefore calling this site a wetland is a gross misuse of the word wetland”. Furthermore the area has become a dumping site for litter and rubble and is fast becoming an environmental hazard because of the raw effluent discharging onto the site. It is in addition a recognised security “hotspot”. We highlight that part of our development objectives is to incorporate in the landscape a park land incorporating water features, and weirs. We have attached pictures seen of similar developments. That is where our heartfelt and vested interest is, to sustain and improve our environment. Our benchmark is evidenced by our development partners in the attached Official Journal of South African Council of Shopping Centres – Shopping SA June 2011. A highlight of this development was the rehabilitation of a previously degraded 2.4ha wetland area flanking the development site. Respect for the environment and the context within which that mall was built were of paramount consideration for the developers. The public has also recently highlighted their concerns as to the rational of locating the Mall of Zimbabwe at Millennium Park as opposed to another location. As seen from page 9 of this report, our decision was not based on a whim but is the result of a careful scientific feasibility study of the North Western suburbs, which was carried out in 2011, and which showed the 68 000 sq. m of space in the Mall of Zimbabwe falls short of even current demand for retail space which is over 210 000 sq. m with a supply of 110 000 sq. m thus giving a shortfall in today’s environment and based on current projections of the economic growth in the next few years the demand would require even other malls to be built.